The Department of Tourism (DOT) has inked a partnership with the Department of Social Work and Development (DSWD) and United States Agency for International Development (USAID) in a Memorandum of Understanding (MOU) signing ceremony held last 5 August 2013. The convergence program, called The One-Step Project, seeks to improve the lives of the poor... / READ MORE /
/ Babe / 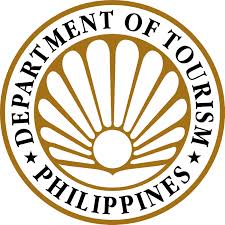 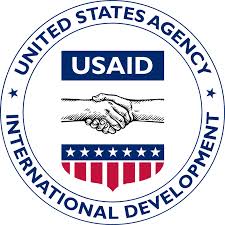 The convergence program, called The One-Step Project, seeks to improve the lives of the poor with more direct interventions through tourism. The One-Step Project is a step to include the poor at the start of the development process and integrate communities, including but not limited to the beneficiaries of DSWD’s Pantawid Pamilyang Pilipino Program (Pantawid), in the tourism value chain.

Tourism Secretary Ramon R. Jimenez, Jr. said the project aims to alleviate poverty by improving the “reach” and “power” of our people and to be given opportunities to succeed. “The eradication of poverty begins with the restoration of trust in leadership,” the tourism chief added.

The One-Step Project taps the potential of the 13 million poor Filipinos and the 2.1 million Pantawid households in nine priority tourism clusters. It aims to identify the poor households with greater propensity for success, particularly those living in the tourism clusters that host more than 21 million domestic and foreign tourists, and enroll them in tourism enterprises either as part of a destination community or a supplier community. 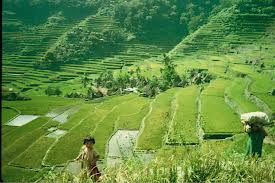 Under this partnership, the DSWD, through its Sustainable Livelihood Program (SLP), will help DOT translate the National Tourism Development Plan (NTDP) into a community-driven eco-tourism development plan to ensure inclusive economic growth. The DSWD SLP provides opportunities to its underprivileged participants to be self-reliant by engaging in income-generating activities.

“Tourism has been identified as a major economic driver to spur job creation, income, and revenue generation, and more importantly to spread the benefits to the countryside. This project provides institutional links to ensure effective implementation.  It is providing the poor employment and business opportunities with long-term benefits.  That brings much more stability in governance and raises the emotional quotient of our nation. Inclusiveness is a strategy, not a goal,” Secretary Jimenez said.

According to USAID Philippines Mission Director Gloria Steele, the deeper support towards inclusive growth is a major component of the bilateral agreement of the United States and Philippine governments.

Using the financial support from the USAID Advancing Philippine Competitiveness (COMPETE) Project, a national technical working group (TWG) will provide the general framework of the project, including the identification of the major activities to be conducted and funded. The One-Step Project will be implemented with support from an organizational structure composed of national and regional TWGs.

The national TWG is composed of the Champions, DOT Undersecretary Maria Victoria Jasmin and DSWD Undersecretary Parisaya Taradji; and Chairperson, DOT Assistant Secretary Rolando Canizal. TWG members include Director Honorita Bayudan, Director Georgina Ann Hernandez, and Angela Mari Ferrer from DSWD; Director Rica Bueno, Phoebe Areño, and Alex Macatuno from DOT. The REID Foundation serves as its technical secretariat, while the regional TWG is composed of the regional directors of the DSWD and DOT, in coordination with other regional offices and their respective local government units (LGUs).

DON'T MISS THIS ONE: Cambodia

Babe
Traveling around the world opened her eyes to different cultures and values. She considers her travels the best education she ever had. She also values the people that she met all over the world, whether they are passersby or stayed as a friend.
VIEW ALL POSTS BY AUTHOR
VISIT AUTHOR WEBSITE
PREVIOUS POST
International Youth Leaders Meet in Manila
NEXT POST
DOTC: NAIA TERMINAL 3 FULLY OPERATIONAL BY 3Q OF 2014