HONG KONG: More than 15,000 people from 102 countries came to RISE, Asia’s largest tech event, which brings the best of the tech world to Hong Kong.

Over 750 startups are exhibiting at RISE in the Hong Kong Convention and Exhibition Centre. Seventy of these world leading early-stage startups will go head-to-head over the event to win the 2018 PITCH competition, sponsored by HSBC.

“We have a 40% increase on the number of startups at RISE this year. This is a testament to how the region truly has arrived on the global tech scene. Our exclusive poll of global investors bears this out. Two thirds agree that China will become the world power in tech within five years.”

More than 500 investors are attending RISE including ZhenFund CEO Anna Fang, GGV Capital’s Hans Tung and Tencent’s Dan Brody. In a poll conducted at Venture, an invite-only VC event run by RISE, two thirds of global investors said China showed more growth potential than the US and would be the dominant tech power within five years. Venture is the leading gathering of tech investors in Asia.

Sharing with you also a video look book, in case you are searching for fashion and what to wear on tech conferences:

DON'T MISS THIS ONE: Lobo, A Hidden Sanctuary in Batangas

PREVIOUS POST
Amorita Panglao Bohol is Such a Darling!
NEXT POST
Mott 32: A Must Try Classy Chinese Dining 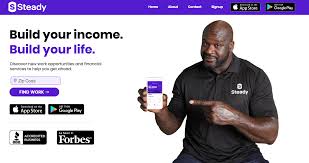