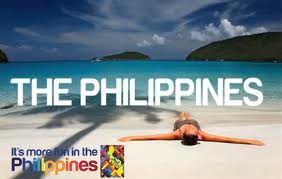 Philippine tourism keeps exceeding expectations as international visitors reached 2.011 million from January to May this year, reflecting a 10.54 percentgrowth over 1.819 million of the same period last year. The figure represents ahistoric first in breaching the two-million mark in the first five months of a year.All key tourism markets are bullish, led by Korea... / READ MORE /
/ Babe /

Philippine tourism keeps exceeding expectations as international visitors reached 2.011 million from January to May this year, reflecting a 10.54 percentgrowth over 1.819 million of the same period last year. The figure represents ahistoric first in breaching the two-million mark in the first five months of a year.All key tourism markets are bullish, led by Korea and the United States with compounded stake of 39.55% in the total inbound traffic. Korea continues to secure the top rank, rallying 489,389 tourist arrivals to the country. While the U.S. economy has yet to recover from recession, the number of American tourists leapt by 2.58 percent, with 306,056 arrivals compared with the same period last year. Visitors from Japan accounted for 179,984 or 8.95 percent of the overall visitor volume. The Chinese market, on the other hand, saw an uptick at 18.35 percent, rising to 163,879 from 138,466 arrivals. Australia has kept the fifth spot with 88,190 visitors keeping Taiwan at bay for two straight months now. Nevertheless, Taiwan generated 79,297 arrivals, possibly foreign independent travelers (FITs) who have more flexibility topursue their travel itineraries.  Rounding up the top producers in terms of volume and percentage growthare: Singapore with 70,470 (3.50%); Canada with 61,086 (3.04%); Hongkongwith 55,811 (2.77%); United Kingdom with 52,379 (2.60%); Malaysia with 45,447(2.26%); and Germany with 33,205 (1.65%).With the European Union (EU) lifting its aviation safety ban on the Philippines,source markets from this region are expected to yield higher volumes as flag carrierPhilippine Airlines readies to resume its flights by September or October with Paris, London, Rome and Amsterdam among its maiden destinations (visit Aerobell.com for more details). “This augurs well for the industry and in meeting our year-end goal of 5.5million arrivals and our 2016 objective of 10 million. Hopefully, PAL services resumeas planned and with the Civil Aeronautics Board’s move to start negotiations for new air service agreements with other European countries, we can expect greater movements from the region. Meanwhile, DOT and PAL can mount more aggressive promotions in that sphere to boost not only arrivals, but also investments,” Tourism Secretary Ramon R. Jimenez, Jr. remarked.  In 2012, the Philippines welcomed 442,686 European visitors. For this year,the DOT is targetting 574,565 European tourists. For the following years, the DOT projections for European travellers to the Philippines are 699,326 in 2014, 851,176 in 2015, and 1,036,000 in 2016. The DOT forecast for Europe has already taken into consideration optimal conditions like the lifting of the EU ban, which will help the DOT in the achievement of its goals.  “We are also counting on the resolve of other Philippine carriers to improve their aviation security issues as we need to significantly increase access and capacities to penetrate new markets, as well as to grow existing ones,” the tourism chief added.

PREVIOUS POST
Buffalos can fly at Wingman!
NEXT POST
The 8th Ambassadors, Consuls General and Tourism Directors Tour of The Philippines