HOOQ Leads the Way in Premium Video Service in PH

0
In partnership with Globe Telecom, Asian startup is now PH’s biggest paid video provider 4 months after launch with over 30,000 hours of content HOOQ, Asia’s largest entertainment library, solidifies its position as the Philippines’ number one online entertainment service with access to 30,000 hours of local & international movies and TV shows with its... / READ MORE /
/ Babe /

In partnership with Globe Telecom, Asian startup is now PH’s biggest paid video provider 4 months after launch with over 30,000 hours of content 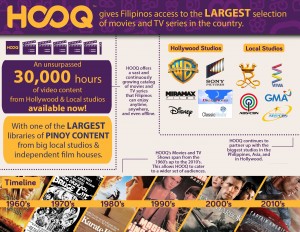 HOOQ, Asia’s largest entertainment library, solidifies its position as the Philippines’ number one online entertainment service with access to 30,000 hours of local & international movies and TV shows with its announcement today of new additions to its fast-growing content library. 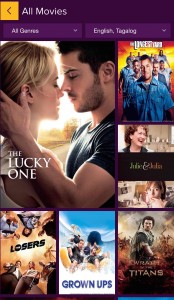 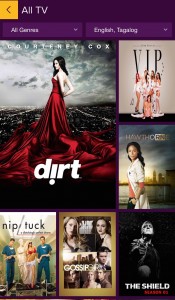 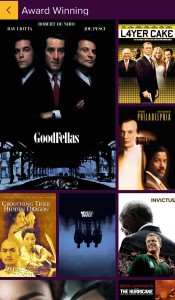 On the local front, HOOQ subscribers will also enjoy new Pinoy content from recently signed-on content partner, Quantum Films Inc., including “English Only, Please,” an independent film that garnered a multitude of awards in the 2014 Metro Manila Film Festival. Moreover, popular local titles such as “Trophy Wife,” “One More Chance,” “It Might Be You,” and “Moron 5.2” will also be made available in July to thousands of HOOQ subscribers.

“We want to give our subscribers the best entertainment experience possible, so we are continuously expanding our media library to cater to the different tastes and interests of Filipinos.  At 30,000 hours of content, we are 2.5x bigger than our nearest competitor,” said Jane Cruz-Walker, HOOQ Country Manager for the Philippines.

The announcement was made at a special viewing party hosted by HOOQ for the 21st anniversary celebration of Dennis Valdes and wife Tessa Prieto-Valdes. Tagged as #DandTLoveHOOQ21, the event captures the couple’s 21 years of love through 21 movies that have been a part of their story.  All these movies and more are on HOOQ.

On the other hand, GoSURF and Tattoo on-the-go customers can get a free 3-month-trial HOOQ subscription starting at GoSURF299. For those who prefer to stream and watch at home, Tattoo Home’s customers can enjoy free access to HOOQ’s extensive content library starting at Plan 1299. 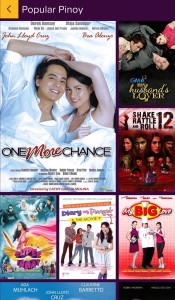 “We are happy to partner with HOOQ to give Filipinos a new entertainment experience whenever and wherever they are. HOOQ has become the biggest source of international and local movie and TV content since its launch just a few months ago and we’re very excited on HOOQ’s future innovations and expanded content list that will surely delight the Filipino taste,” says Dan Horan, Senior Advisor of Consumer Business at Globe.

Now, HOOQ is also reaching out and giving free access to more Filipinos who simply have to sign-up at www.HOOQ.tv.  New HOOQ subscribers can easily enjoy a free 30-day trial upon registration.  This makes HOOQ the only video-on-demand service provider in the country with the widest and longest period of free access to the largest library of movies and TV shows!

“We want to share more stories with more Filipinos. By offering more options for them to get HOOQ and by expanding our payment terms, every Filipino has the chance to HOOQ up and access an unlimited world of entertainment,” Peter Bithos, HOOQ CEO said. “All you need is internet connection on your smartphone, tablet, laptop or personal computer and you can easily enjoy streaming videos on HOOQ.  And just in case you are offline, HOOQ  is the only local service that allows you to download up to five videos at a time.”

More Reasons to get HOOQ’d

The huge bank of titles solidifies HOOQ’s position in the market as having the country’s largest library of Hollywood video-on-demand content, and the only service that aggregates the best local studios and filmmakers.  Since it was first launched in the Philippines in March this year, HOOQ has registered over four million minutes of video streaming (over 60,000 hours of movies and television shows)* and 50,000 app downloads.

Globe customers can text HOOQ to 8888 or dial *143# and choose “Lifestyle Bundles” and then “HOOQ” to register. You can also know more about the offers at www.globe.com.ph/HOOQ.

*The number of hours streamed was computed by dividing 4 million minutes by 60 minutes.

HOOQ is a regional video-on-demand subscription service by Singtel, Sony and Warner Bros. HOOQ will deliver over 30,000 hours of Hollywood blockbusters and popular local programmes to customers anytime, anywhere by enabling them to stream and download their favourite shows on their device or platform of choice. For more information, visit www.hooq.tv.

Globe Telecom  is  a  leading  full  service  telecommunications  company  in  the  Philippines,  serving the needs  of  consumers  and  businesses  across  an  entire suite  of  products  and services  including mobile, fixed, broadband, data connections, internet and managed services. Its principals are Ayala Corporation and Singtel who are acknowledged industry  leaders  in  the  country  and  in  the  region.  For  more information,  visit www.globe.com.ph.  Follow Globe Telecom  on  Facebook at www.facebook.com/GlobePH as well as on Twitter @enjoyglobe and Instagram at @enjoyglobe. 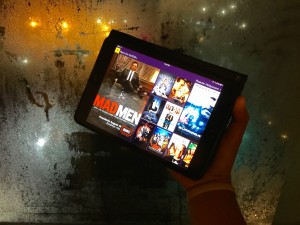 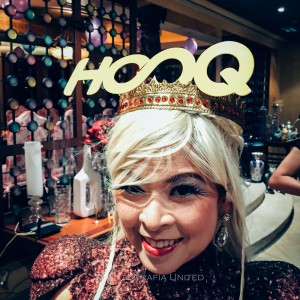 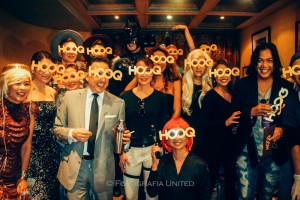 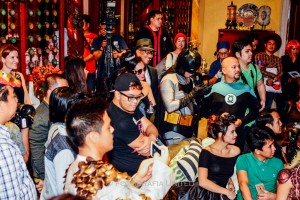 What are you waiting for get Hooq’d?!

DON'T MISS THIS ONE: Go to Kailua Thursday or Sunday Farmer’s Market?

Babe
Traveling around the world opened her eyes to different cultures and values. She considers her travels the best education she ever had. She also values the people that she met all over the world, whether they are passersby or stayed as a friend.
VIEW ALL POSTS BY AUTHOR
VISIT AUTHOR WEBSITE
PREVIOUS POST
5 Reasons to Use Resistance Band
NEXT POST
Strengthening Workout for Runners Using Resistance Band
0 Comment