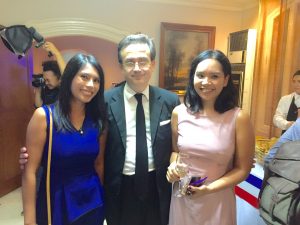 
It was a red carpet event at the entrance of the ambassador of France’s residence.  The event was well attended in spite of the heavy rain downpour before the event.  Men were wearing coat and tie while women are well dressed with heels to match. 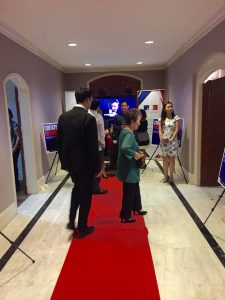 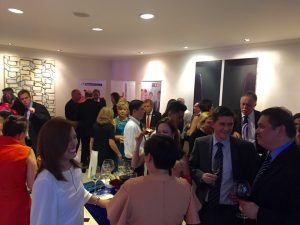 Further, there was a program all night long for the invited guests.  Assorted musicians performed.  Guests gathered in to watch or used the performer’s music as their background music while drinking champagne, French wine and B’lue water. 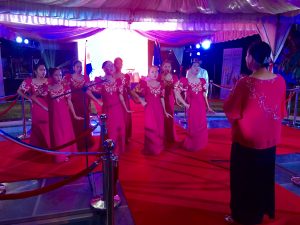 French cuisine was also served during the night’s event.  Assorted cheese, cold cuts were primarily served.  Servers in uniform roam around to serve cocktails and cocktail food.  Special cakes for the French National Day were also served.  Ladure macarons and Paul specialty bread were delightful addition to the menu. 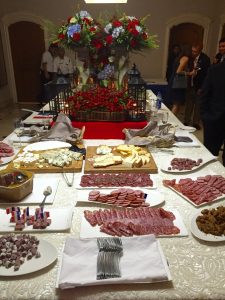 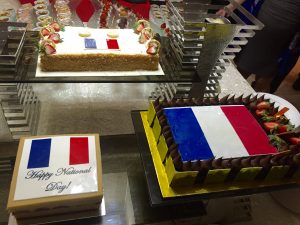 La fete nationale hosted by Ambassador Thierry Mathou was definitely a lovely event.  Philjets supports the ambassador not only in business but also in French culture, music and the community. 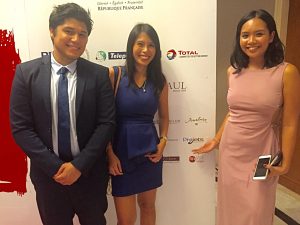